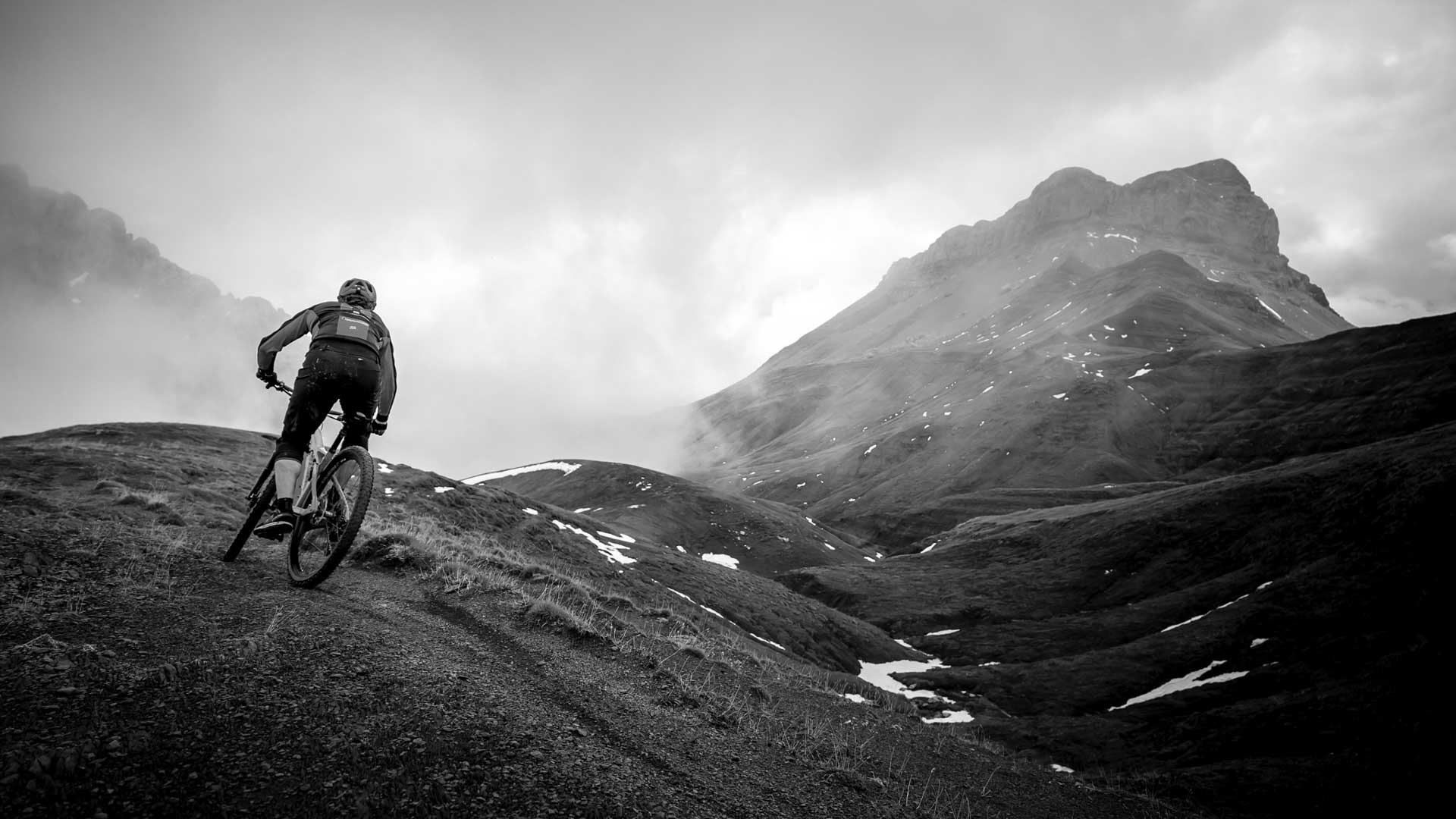 We’re in the depths of winter and the first snow has fallen in the Pyrenees. But for cycle climbing fans, hope still remains! The bad weather has backed off and it’s our last chance to do some riding up here. The big storms haven’t hit yet, although it’s a question of time until the mountain range separating Spain and France is shrouded in white. And when that happens we’ll have to wait till spring to ride the highest peaks. And we don’t want to miss out on our last chance!

Our goal for today is ambitious and there’s a long, tough route ahead of us. The days are getting shorter and there’s no time to lose. It isn’t raining right now, but it’s very, very cold. So we’ve put on our best winter gear, picked up our bikes and we’re heading for the Oza forest. From there we’ll ride round the Castillo D’Acher (the Acher Castle), one of the most unusual mountain formations in the Pyrenees. This impressive rock formation reaches 2,384 metres at its highest point and hides a kind of sloping valley in its interior, flanked by a jagged line of small peaks, so its name fits it perfectly.

The scenery is stunning when we get to the Oza Forest. With the ochre, yellow and orange leaves yet to fall, it looks more like autumn than winter. We park the car, unload our bikes and we’re off. We start our route with an uphill track that follows the course of the River Aragón Subordán. It isn't very steep and we have the chance to admire the impressive scenery around us.

We ride for just over an hour and reach a hill where the track becomes a path and the landscape changes. We’ve left the forest behind, and without realising it we’ve entered a beautiful valley where the meandering river forms hairpin curves. A pretty path takes us right down to the Aguas Tuertas valley. Crossing the Aguas Tuertas marsh will take some time but it’s an easy route and we’re comfortable so we’re enjoying every minute of it.

So everything’s going to plan… but suddenly it looks as if our luck won’t last. There’s an abrupt change in the weather just before we set out on the last part of the route, the toughest part, the ascent to the Acher Pass. The sky’s clouded over and it might start to rain. Or even worse, snow. Or is that better, perhaps? We like an adventure, we know the route well and our Elite Process jackets protect us from the cold. Nothing to worry about there!

“Impossibly difficult rocky stretches, some parts very steep and some very smooth, as we ride down from Castillo d´Acher” 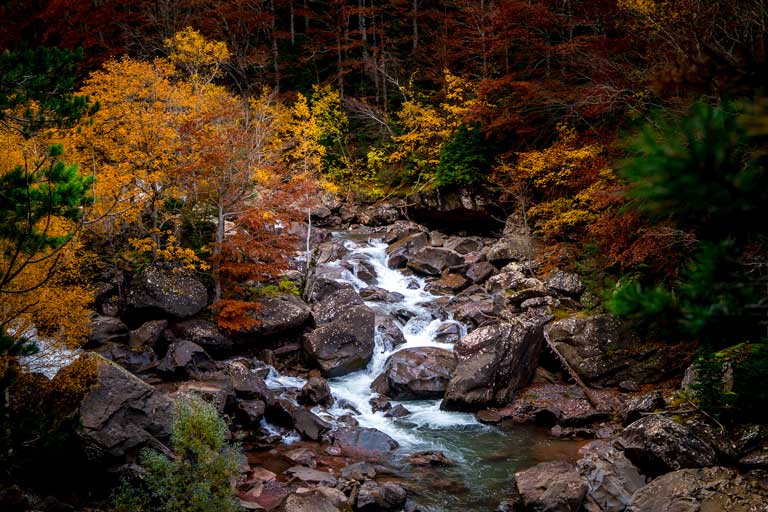 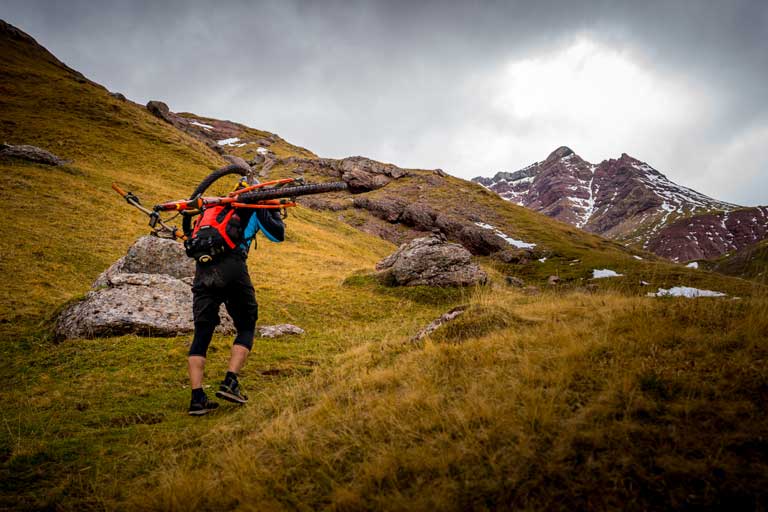 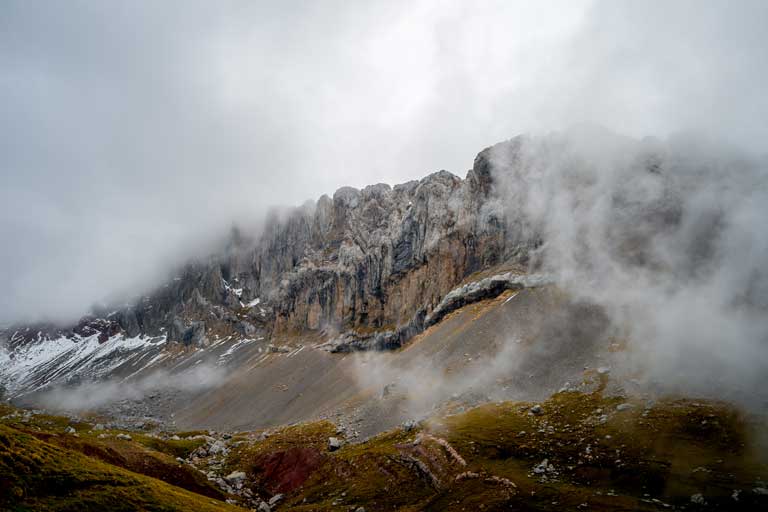 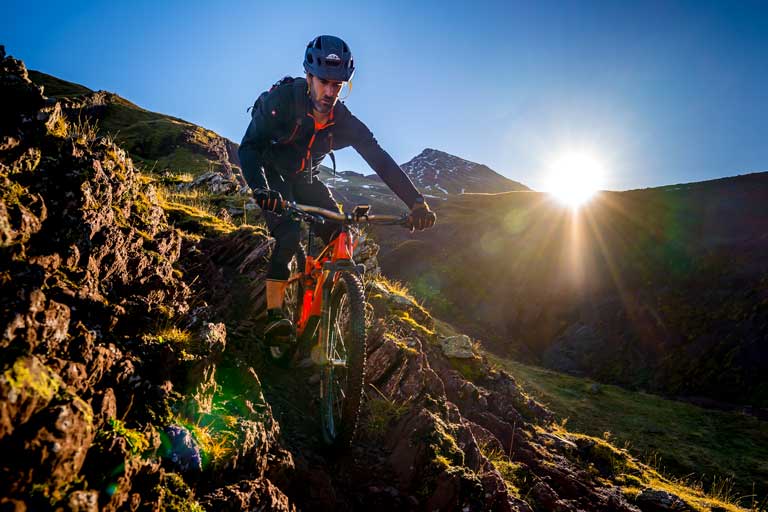 We pick up our bikes and start to carry them on our backs. It’s a tough climb, but the path winds through some spectacular scenery, the last part in particular. We’re able to mount the bikes from time to time but mostly we have to carry or push them. All this takes some time, but the effort was worth it. We’re now at the highest point of the route and the Castillo D’Acher appears before us at last.

We make sure we adjust our Xenda helmets to a perfect fit: there are bends ahead! A very long descent awaits us, more than 5 kilometres with a drop of 1,000 metres. The going is often tough on the downhill path, with some impossibly difficult rocky stretches while some parts are horrendously steep. But others are very smooth and the impressive views over the Oza forest and surrounding mountains more than make up for it. 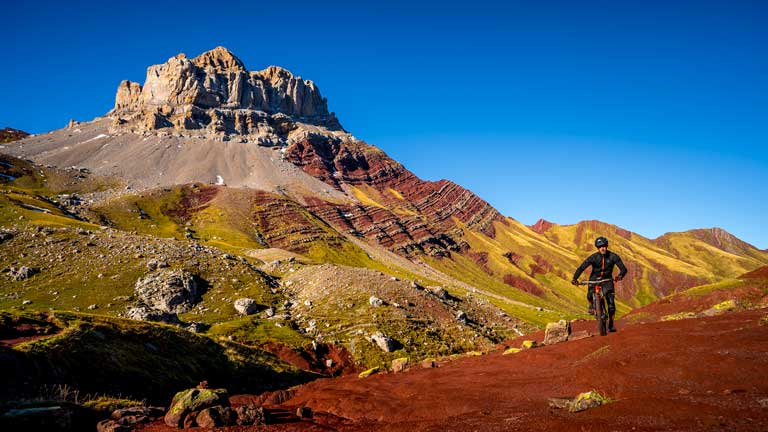 We have to stop several times on the way down as it’s a complex descent and we need to take a rest. We also stop to decide on the best route for the more technical sections. And sometimes just to admire the superb landscape, of course. 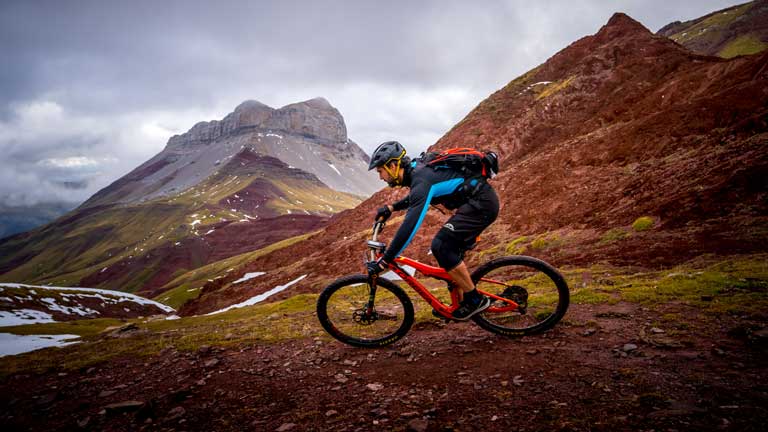 It’s taken us half an hour to get down. End of the adventure! As we soak up the dying rays of the afternoon sun, we realise that this has been one of this season’s most epic trails. It’s been an exhausting day, but well worth it.

After the arduous conquest of the mountain we leave behind the towering natural walls of Castillo D´Acher. Soon the whole of the Pyrenees will be covered in snow and if we want to come up here again we’ll have to wait until next spring.